Shepherds Purse Cheeses has again been recognised amongst best in the world with a haul of awards at this year's World Cheese Awards, the biggest global cheese only competition. Our prizes included Super Gold for Harrogate Blue, Gold for Mrs Bell's Blue and Bluemin White and Silver for Yorkshire Blue!

The World Cheese Awards is organised by the Guild of Fine Food. 2017 was the 30th anniversary edition of the competition, the planet’s biggest ‘cheese-only’ competition - no yoghurt, cream, butter or other dairy

230 judges from across the globe travelled from 29 differe

nt countries to nose, taste and grade the cheese. The judging is broadcasted live on World Cheese TV. After the initial 66 Super Golds are awarded, a Super Jury of 16 judges decided the final winning World Champion Cheese

Harrogate Blue, which was the first cheese launched by Katie Matten and Caroline Bell after taking over the running of the dairy from mum and founder Judy Bell in 2012, was also included on the top table of the best 16 cheeses at the event from more than 3000 entries.

The prestigious prize was awarded at the World Cheese Awards, organised by the Guild of Fine Food, which this year celebrated its 30th anniversary and took place at London’s Tobacco Dock as part of a collaboration with Taste of London.

Shepherds Purse competed against more than 3000 cheeses from 35 countries around the world and was judged by an esteemed panel of famous faces from the world of cheese, including Sue Cloke “aka The Duchess”; journalist Patrick McGuigan and founder Bob Farrand. 230 judges from across the globe travelled from 29 different countries to nose, taste and grade the cheese.

Harrogate Blue wasn’t the only Shepherds Purse winner at the cheese industry’s Oscars, the dairy also picked up two Gold awards for Mrs Bell’s Blue; a Gold for Bluemin White and a Silver for Yorkshire Blue.

Roland Barthelemy: “Exceptional cheese, incredible lingering taste in the mouth. So much personality, it is an honour to taste this.”

Caroline Bell said "Katie and I are absolutely thrilled to win Super Gold for Harrogate Blue at this year’s World Cheese Awards. I’m so proud of my sister, Katie, for developing the cheese and it’s been a favourite since it’s launch. It was such an honour to hear the judge’s comments as Harrogate Blue was judged as one of the top 16 cheeses in the world by a panel of esteemed judges."

Caroline continued "To win Super Gold, 3 Golds and a Silver is a tribute to the consistent world-class quality of our handmade cheeses and the passion from our whole team that goes into each and every truckle and wedge that leaves our dairy. We’re also very proud that this is the third consecutive year that one of our cheeses has won a coveted Super Gold award. We are delighted to fly the flag for English cheeses and indeed Yorkshire cheeses on the world stage." 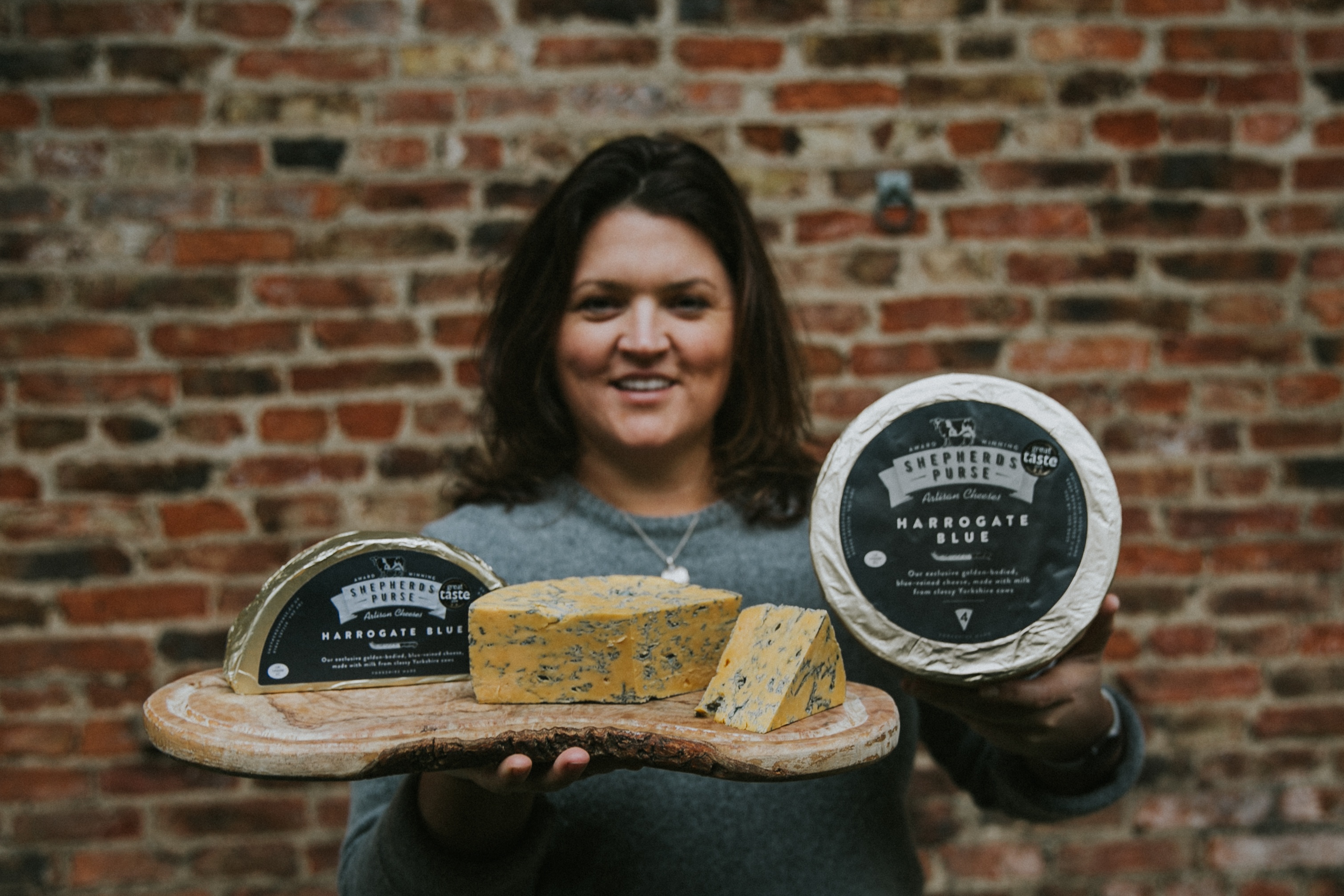 How the judging works in detail

Judges work in teams of three or four, identifying any cheeses worthy of a bronze, silver, gold - or no award. They are looking at the rind and the body of the cheese, its colour, texture, consistency and, above all, its taste.

Each of the 66 teams then nominates one exceptional cheese as the Super Gold from their table. These 66 cheeses are the best in the world and are judged a second time by the Super Jury of 16 internationally recognised experts, who will each select a cheese to champion in the final round of judging.

The Super Jury then debates the final 16 in front of a live consumer and trade audience, before choosing the World Champion Cheese live on World Cheese TV, with cheese lovers across the globe tuning in for the drama.